“Be the change you want to see in the world.” How rightly said by Mahatma Gandhi. If you wish to change the way the world is working, you have to take your first small step as a foundation to your vision. And this is called as Initiation. Yes, Industrial Green Chemistry Workshop is exactly doing the same thing. It’s a vision of a bunch of entrepreneurs, scholars, and other experts who has an urge to create a sustainable future for all of us. For this, they are putting forward their first step on 4th December, 2009.

We are either unaware or deliberately ignore the fact that chemical industry with more than 80,000 chemicals in commerce, impacts every aspect of human life in a non-negotiable manner. But how long can this fact be ignored? Someday or the other we all have to realize this and take the necessary step. IGCW aims to do that. As a first initiative, IGCW aims to take green chemistry from the cauldrons of the laboratory to the corridors of industry. It will involve from concepts to execution. This event will focus on green chemistry and engineering in chemistry intensive areas such as in fine chemicals which will include dyes and pharma, agrochemicals, colorants, personal care chemicals, etc. It will look at revisiting chemistries and see how at source changes are being incorporated for greening the processes. Topics that will be covered include catalysis, alternative reaction media, novel process engineering, process intensification, micro-reactions, etc. Other issues like regulatory mechanisms, R&D requirements, venture capital, and financial funding will also be highlighted.

The event is designed so meticulously that each day will expand and enlighten the vision of participants about industrial green chemistry. The first day of the event will just be an induction to the entire three day workshop. It will slowly ignite the participants further inspiring them and then pricking them to take initiatives to attain a sustainable future. The whos of the who would be the key drivers of the event. They will talk on various aspects of green chemistry citing examples of leading companies who have adopted benign technologies and also through their experiences.

Dr. Bob Peoples speech on the Importance of Green Chemistry for a Sustainable World, Dr. Mihir Chaudhari’s speech on Industry – Academia Partnership: Successful case study of Ranitidine Hydrochloride, and Dr. Brakaspathy speech on Initiatives to promote Green Chemistry will be the main three key speeches that will drive the participants to take up the initiative to attain a successful and sustainable future. And further more there would be more of such brainstorming sessions on the next two days which will enlighten the participants about benign technologies and other aspects of industrial green chemistry. 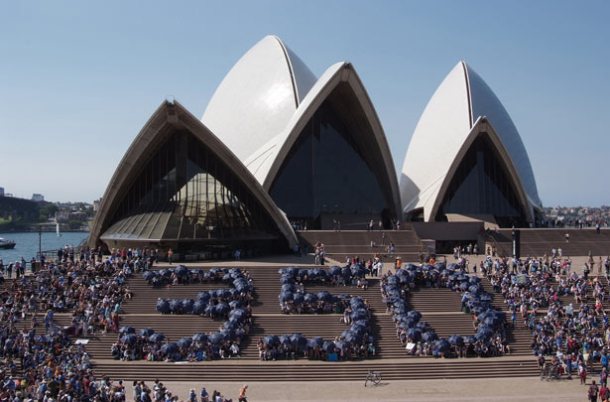 Global Warming should be credited for spreading its popularity like a wild fire among all groups of populace. The word is nearly there in everyone’s tip of the tongue. Since long, all of us have been doing all our bits to harm this mother earth, and all of a sudden when our Karma is reverberating, we just can’t stand it. We blame it on Nature, God and God knows what all! Now it’s high time but we still tend not to pay heed to the importance of doing something about it. Global meetings, widespread messages are not just enough to help save this earth. We, as an individual, should take up the responsibility to make this place a better place to live.

Talking about global warming; it has already had a devastating effect on our planet. Rising tides, forest fires, drought, glacial melt and a variety of other natural disasters directly linked to climate change can be seen on scales never before documented. The clock is ticking for strong, binding and immediate international legislation to preserve the sanctity of our Earth and protect those who call it home. In the count-down to the U.N. Climate Negotiations in Copenhagen this December, it is crucial that we send a clear message to decision makers. President Obama and other world leaders have a responsibility to take decisive action before time runs out.

That’s where the International Day of Climate Action comes in. An initiative by 350.org, it’s an awakening call wherein citizens, scientists, and world leaders in 181 countries will take to nearby streets, mountains, parks, and reefs today to demand strong action on climate change. In over 140 countries, 350.org and a coalition of partner groups will join together with people all over the world. Over1700 actions will take place letting decision makers in Copenhagen know that the people demand real change! It is up to YOU to you to be the change we wish to see.  5,242 rallies and creative demonstrations will take place, all of them centered on the number 350, to draw attention to 350 parts per million (ppm), which an overwhelming number of scientists now insist is the safe upper limit for carbon dioxide in the atmosphere.

In major cities, people will form giant 3s or 5s or 0s, in a “planet-scale game of Scrabble. Smaller scale actions include climbers with banners high on the slopes of Mt. Everest and teams of divers with signs on the Great Barrier Reef or the coral off the coast of Oman in the Persian Gulf. Israeli, Palestinian, and Jordanian campaigners are coordinating a joint action along the shores of the Dead Sea. There will be more than 1,800 actions across the U.S., as well as 300 in China, 200 in Africa, and more than 150 in India. 350 ppm originally came from a NASA research team headed by American climate scientist James Hansen, which surveyed both real-time climate observations and emerging paleo-climatic data in January of 2008. Their peer-reviewed article concluded that above 350ppm co2 the earth’s atmosphere couldn’t support “a planet similar to the one on which civilization developed and to which life on earth is adapted.”

The Day of Action is a part of an effort to build the world’s biggest mandate for bold climate action. Before the Global meets on Climate Change takes place, let us awaken ourselves to this gruesome truth!